May 6, 2022
News
Last weekend, CEU Political Science Department hosted the National Session Vienna 2022 of the European Youth Parliament Austria - EYP Austria. It was an official event of the ongoing European Year of Youth. Over 120 participants were debating pressing issues of our times under the theme of “Overcoming Challenges – Designing Tomorrow.”
We were happy to welcome European youth to Central European University in Vienna!

"The problem of equal moral status" by Zoltan Miklosi 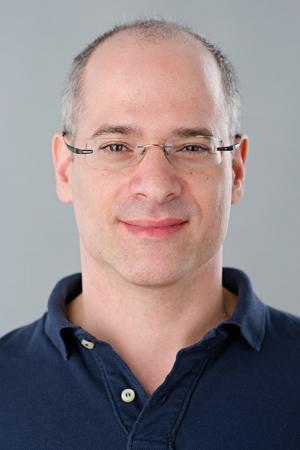 "One of the central puzzles of contemporary moral and political philosophy is that while most of us believe that all or almost all human beings enjoy the same moral status, human beings possess the capacities that supposedly ground moral status to very unequal levels."

CEU Ranked 24th in the world for Politics 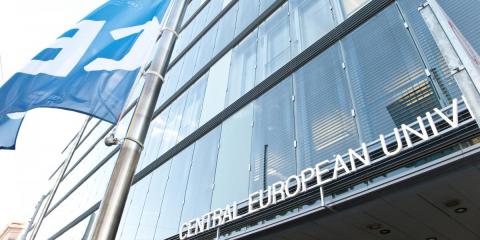 CEU has been ranked 24th in the world for politics and international relations by the QS World University Rankings by Subject for 2022.

The QS subject ranking is collated annually and covers a total of 51 disciplines which are grouped into five broad subject areas.

More information on the ranking can be found on the QS website. 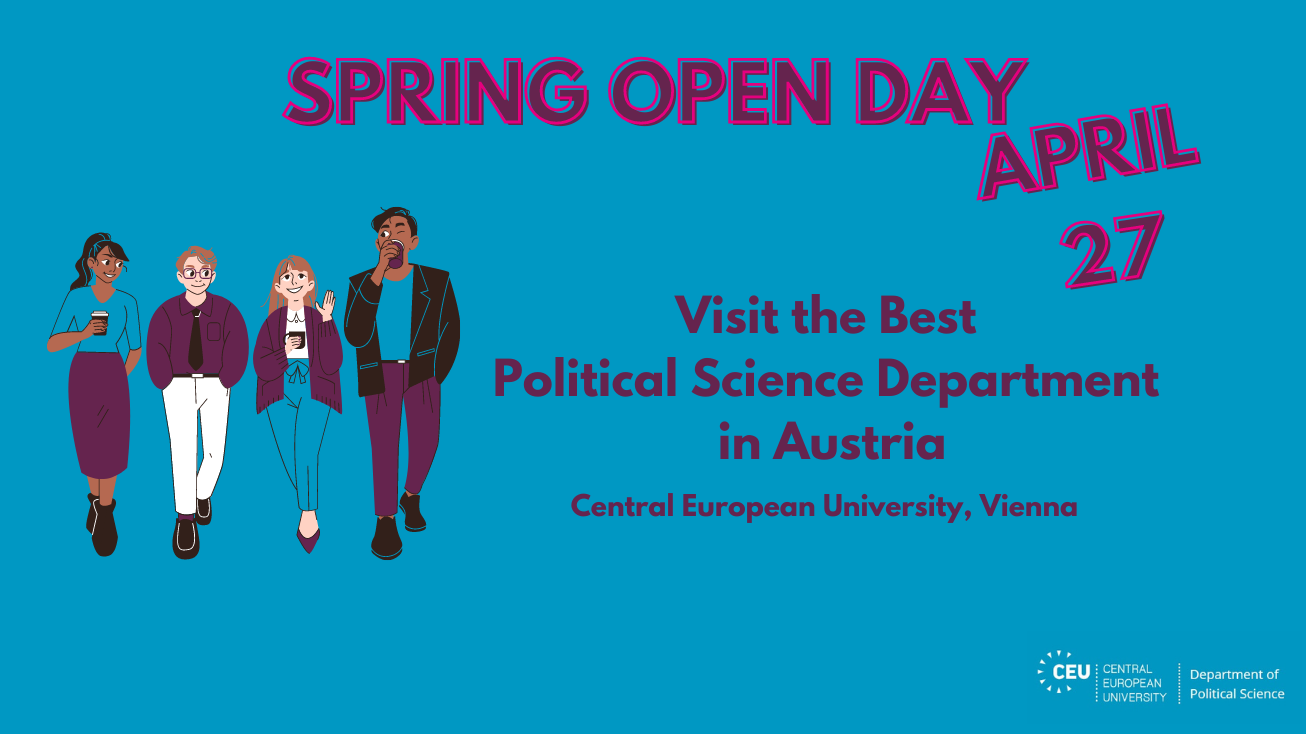 Will the Orbán Regime Survive or Fall? Roundtable on the 2022 Hungarian Elections

Watch the panel discussion on the Hungarian Elections 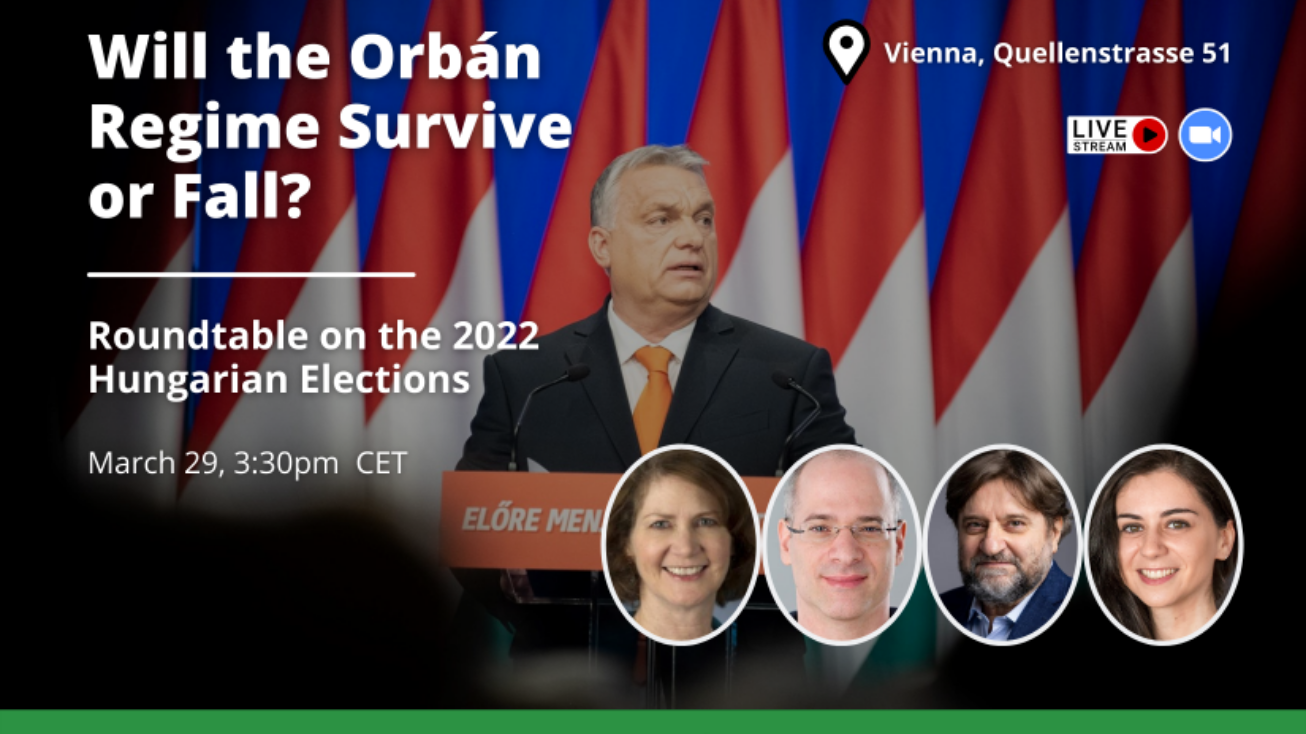 On April 3, 2022, Hungary will have a nationwide election, for the third time in the Orbán regime. None of the previous two elections could be considered fair by international monitoring agencies. For the first time over the past 12 years, however, the opposition parties are not fragmented but united. They run together presenting one candidate in every electoral district vis-a-vis the incumbent Fidesz candidate, and also they put together a common list that seems to have a similar chance to win as the Fidesz list. In a truly exceptional situation, at the time of the Covid-19 pandemic and in the shadow of the Russian invasion of Ukraine, the outcome of the elections is more uncertain than ever. Reliable public opinion polls can hardly be made when preferences might be changing overnight. Our invited experts will discuss the chance of survival or fall of Orbán's competitive authoritarian regime which survived in the European Union for more than a decade and which needs to reorganize its policies at times of war and economic decline.

András Bozóki, Professor at the CEU Department of Political Science and Research Affiliate at the CEU Democracy Institute. His main fields of research include democratization, de-democratization, political regimes, ideologies, Central European politics, and the role of intellectuals. In 1989, he participated in the national roundtable negotiations. He was President of the Hungarian Political Science Association (2003-05), then in 2005-06, he served as Minister of Culture of Hungary. He also served as the chairman of the Political Science Committee at the Hungarian Academy of Sciences (2011-17). He was visiting professor at various universities around the world, including Columbia University, Nottingham University, Tübingen University, and Bologna University, and he also taught at his native Eötvös Loránd University. He is the (co-)author of almost 20 books, and his articles were published in seven languages.

Jennifer McCoy, Professor of Political Science at Georgia State University, Research Affiliate at the CEU Democracy Institute, and non-resident scholar at Carnegie Endowment for International Peace. She was a Senior Core Fellow at the Institute of Advanced Studies in Budapest, Hungary in spring 2019.  McCoy was chosen for the inaugural class of Distinguished University Professorships at Georgia State University in 2013.  Specializing in international and comparative politics, Dr. McCoy’s areas of expertise include democratic resilience; democratic erosion and partisan polarization; crisis prevention and conflict resolution; democracy promotion and collective defense of democracy; election processes and international election observation; and Latin American Politics.

Carolina Plescia, Assistant Professor at the Department of Government, Faculty of Social Sciences at the University of Vienna. Previously she was Assistant Professor (tenure-track) at the University of Bologna and FWF Hertha Firnberg scholar at the University of Vienna on a project on the consequences of coalition government compromise on public opinion. She completed her PhD at Trinity College Dublin in November 2013 with a dissertation on electoral behavior under mixed electoral systems, under the supervision of Professors Michael Marsh and Kenneth Benoit. Her Ph.D. dissertation has been awarded the ECPR Jean Blondel PhD Prize for the best thesis in Politics in 2014. She is also involved in the H2020 project RECONNECT, which studies citizen perceptions of democracy and the rule of law in the EU and possible scenarios of reform.

Zoltán Miklósi, Associate Professor at the CEU Department of Political Science, and Research Affiliate at the CEU Democracy Institute. He received his Ph.D. in Philosophy from ELTE University, where he specialized in political and moral philosophy. His research areas concern questions of political obligation, distributive justice, and the basis of equal moral status. His current work focuses on the relational critique of distributive conceptions of justice, basic equality, and the basis of equal political rights. He has been teaching courses in introduction to political philosophy, cosmopolitanism and global justice, and political equality. In 2014/15 he was a Laurance S. Rockefeller Visiting Faculty Fellow at the University Center for Human Values, Princeton University.