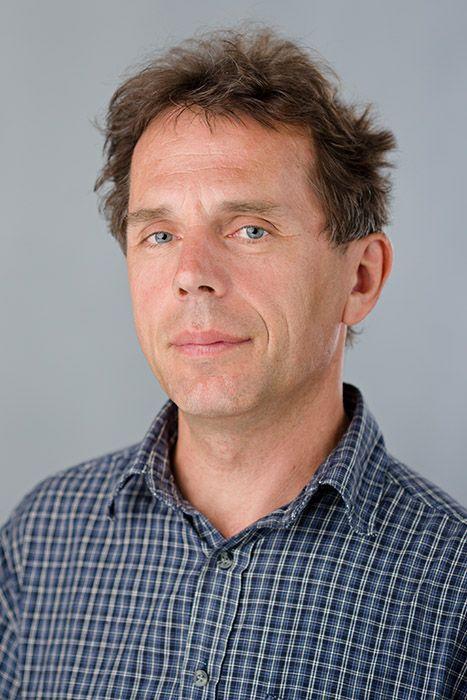 "CEU is still a unique place:  apart from its buzz and international vibe, it is very student-focused, sensitive to diverse problems and backgrounds of students. It offers top-level education, without the formalities and grinding atmosphere of established traditional top universities."

Q: Your main research interests are in the field of political economy. What do you think is the most interesting (and perhaps also most concerning) problem in the area of political science today?

A: Now, what we see is that systems and institutions that were regarded as stable, consolidated, resilient, and considered as essential preconditions for peace and prosperity falling apart. Post-war democratic capitalism in developed countries is agonizing, is in a protracted process of weakening.  The biggest question is obviously what comes out of all this....

Your first degrees were in the fields of sociology and economics. How did you develop your interests to follow the career that you have had?

I started studying economics, but it did not satisfy my curiosity, so I also did sociology. In the meantime, I became more and more convinced that - paraphrasing the famous bon mot – “it's politics, stupid!” So I had a short and failed liaison with active politics, and then turned to the political economy since it meets my general affinity to crossover.  But it was not that easy, and it only retrospectively seems so straightforward and unambiguous.

You have also worked as a parliamentary adviser and at the World Bank. Are you glad that you pursued a career in research rather than in political/economic institutions?

As for the world bank, I was just a kind of informant of Hungarian policy issues. As for my liaison with politics is concerned, it was life-changing for me because I learned that I was completely unfit for a political career: I do not have enough ability to compromises in matters of principle and otherwise for not having a poker face would not be successful. However, being close to the fire was not something that did not inspire me, but the whole thing did not last long since we drifted apart quickly after our honeymoon. I am not glad, but rather sad and angry for what this whole thing turned out to be (I mean, Fidesz) but it is still comforting that I quit them and changed track right when I had to.

Do you think it is wise to pursue a career in academia today, especially in political science?

Absolutely! We live in hard times, and “it’s politics, stupid!”, as I said. So being involved in academia as a political scientist is particularly fascinating: you can find yourself useful without taking too much responsibility

I was frustrated and intolerant to what formal education offered at that time and was quite an outlier; particularly in the economics cohort. To the extent that I graduated with an effort-minimizing strategy in formal education and devoted my time and energy to the autonomous Rajk László Special College and its off-curriculum courses instead.

Would you give your former self any advice?

Hmmm....perhaps "Listen to your intuition!  Always be skeptical and do not let yourself become easily indoctrinated by first apparently convincing views!"

Why should people study at CEU?

Because CEU is still a unique place:  apart from its buzz and international vibe it is very student-focused, sensitive to diverse problems and backgrounds of students. It offers top-level education, without the formalities and grinding atmosphere of established traditional top universities.

Do you have a piece of advice for current students?

Take it easier than it first looks! Don’t let yourself be intimidated by what you are expected to perform - and you will make it!

What is your favourite place/ the place you find most interesting (excluding Budapest/Vienna)?

Just one?   As for nature, it is certainly Iceland. As for hiking and outdoor, the karstic gorges, like those of Slovensky Raj in Slovakia and Bihar Mountains in Romania. As for big cities, my favourite is Naples with all its contradictions, followed by Rome, Istanbul, and Paris. My favourite tiny place is the island of Procida (see Il Postino, The Postman of Massimo Troisi) And those regions where I find everything altogether that attracts me in lifestyle, people, culture, and outdoor are the Southern Western Balkans and Southern Italy.

If you could have coffee (or tea) with anyone in history, living or dead, who would it be?

Again just one? Well, now I feel is the great Hungarian economist János Kornai, who just recently passed away.

What is your favourite time of year?

In every season or month, there is something I love or detest. But to name just one I would say April. This is the month when everything around you in nature changes at an unrealistic pace. And to the "better"!

What is an essential phrase in Hungarian for students?

Essential? Since luck is essential to succeed in exams, perhaps "Egy kalappal!"  - referring to a hat full of poop that supposedly brings luck...