From 29 September until 2 August, CEU students Cristina Pricop, Benedict Stefani, and Bence Hamrak, all three from the Political Sciences 2-year MA, Aga Januszcyk from the Legal Studies, Human Rights MA program, and Dominik Hertlik, from the 2-year MA in International Relations, took part in the Allianz Summer Academy (ASA) on Europe. This intensive summer program, supported and organized by the Allianz Cultural Foundation since 2004, in cooperation with partner universities, and held at the Allianz Management Institute on lake Starnberg (Germany), brings together students team from five top European universities. This year, the participating universities were Central European University (Budapest), Blavatnik School of Government (Oxford University), Charles University (Prague), Ludwig Maximilian University (Munich), and Bocconi University (Milan). The CEU students, supervised by Marie-Pierre Granger (SPP, IR, LEGS), met weekly and worked steadily since January 2019 in order to prepare a report which addressed a particular challenge for social cohesion in Europe today (Topic of the 2019 Academy: ‘Strengthening Social Cohesion in Europe: Five Practical Proposals to Tackle Inequalities’). They presented their report ‘Highway to health - Reconciling Freedom of Movement and Social Cohesion in the European Health Sectors’ at the beginning of the academy, and it was well received. They then engaged in cross-university workshop in which, together with civil society leaders, they developed concrete projects to improve social cohesion in Europe. They may now apply for financial support as part of the Allianz jackpot program to turn these projects into reality.  The CEU students really enjoyed the academy: they like its real bottom-up approach, which enabled them to come up with, and take ownership of, concrete policy projects, and the informal (yet demanding!) setting which provided for fruitful interactions with colleagues from other institutions and NGO actors. They will now join the extensive Allianz Alumni network, in which many CEU graduates from the Departments of International Relations, Political Sciences, Legal Studies, History, Sociology and the School of Public Policy are very active. Two of them, Galen Lamphere-Englund (SPP 2015) and Michele McMillan (SPP 2017) are currently serving on the Allianz Alumni Council. A number of interesting policy initiatives involving CEU graduates have developed within this network (for a list, see here). 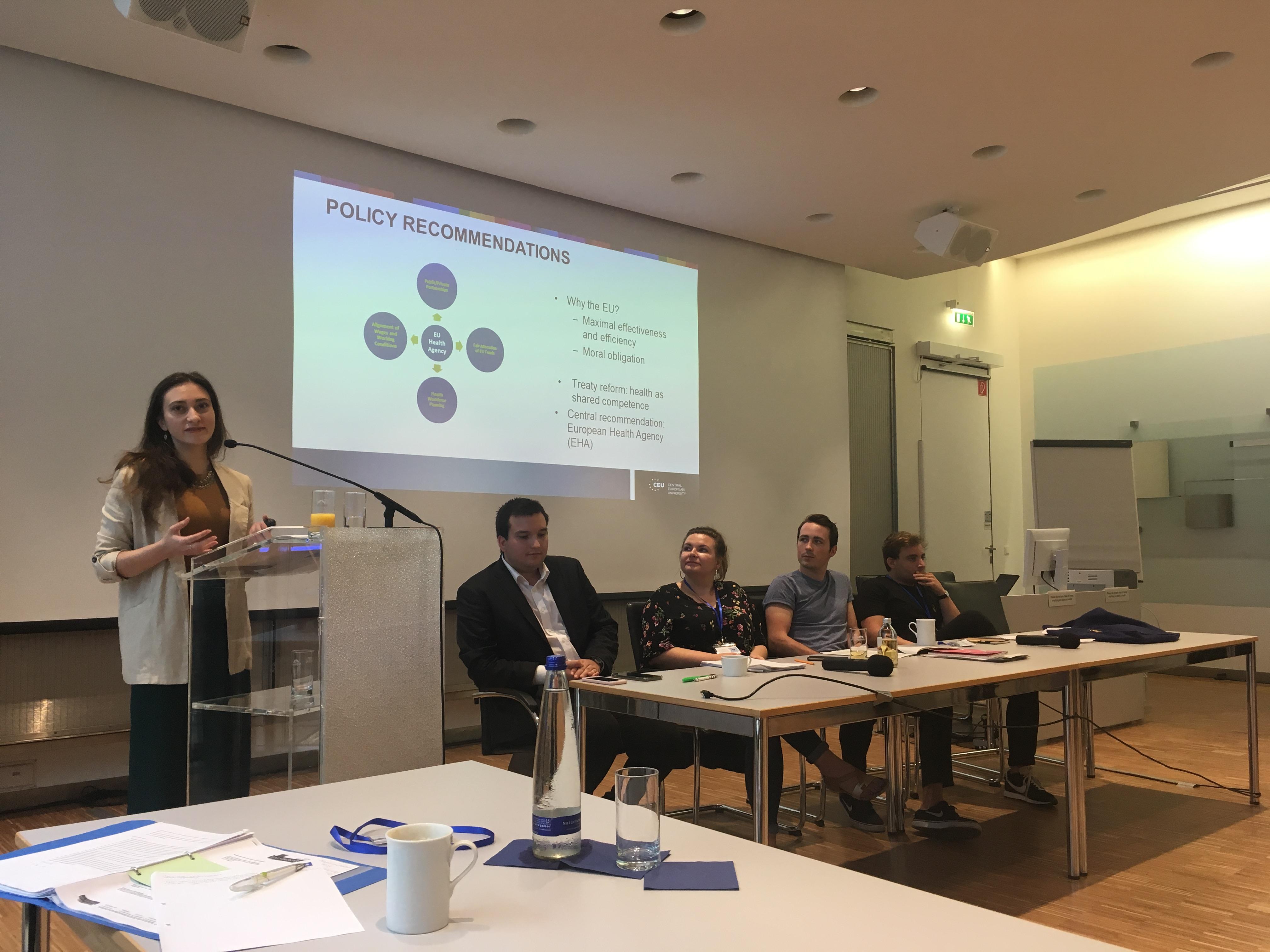 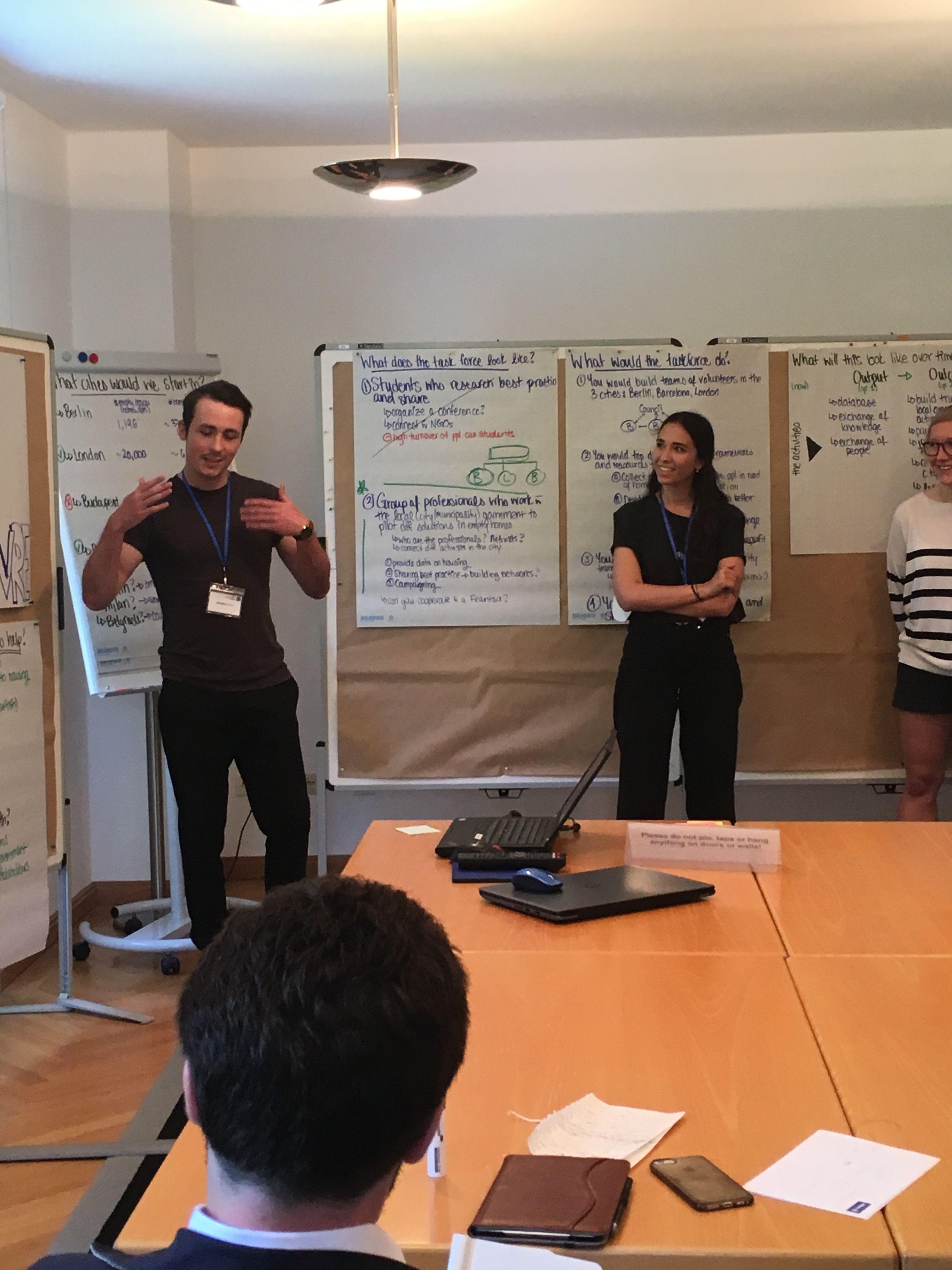