Civil Society and Democracy in Taiwan 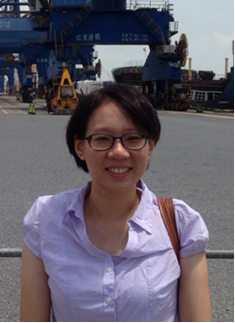 Taiwan has received international fame for its vibrant democracy. In 2017, the Freedom House reports that Taiwan overtakes the United States on the freedom list. In both the categories of political rights and civil liberties, Taiwan receives the highest score. This is largely contributed to its flourishing civil society organizations and growing media freedom. Against this backdrop, this talk analyzes the development of Taiwan’s civil associations, the social media, and their role in improving the quality of Taiwan’s democracy. In recent years, two kinds of issues are at the center of these associations’ concern: 1) domestic social and economic equality such as improving the living conditions of laborers as well as the rights of LGBT and military members; 2) relationships across the Taiwan Strait. The most high-profile social protest, namely the 2014 sunflower student movement, presented a combination of both concerns. Closer trade relationships with the People’s Republic of China were not only likely to reduce Taiwan’s autonomy, but also likely to deepen the inequality gap between winners and losers of economic globalization. During all the recent movements, social media was the most widely-used venue for articulation and has proven to be successful. The importance of social media is believed to increase as more young people participate in politics.

Chelsea C. Chou is an Assistant Professor in the Graduate Institute of National Development at National Taiwan University. Chou received her Ph.D. in the Department of Government at Cornell University in August 2011. Her broader research interests include Comparative Politics, Comparative Authoritarianism, Labor and Social Policies, International Relations, and Chinese Politics.