We are glad to have the opportunity to address you again through the newsletter. 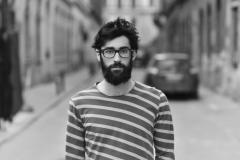 We welcomed two new faculty members in September, 2018 at the Department. Gabor Simonovits completed his MA at CEU and received his PhD in Politics from New York University in 2018. Now he returned to his alma mater as an assistant professor and teaches courses on research methods, political communcation and political behavior. You can read an analysis by Christopher Ingraham in Washington Post based on the original research “Responsiveness without Representation: Evidence from Minimum Wage Laws in U.S. States” co-authored by Gabor. 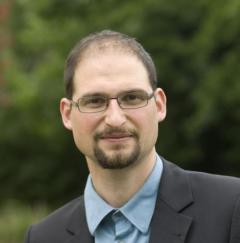 As Anton Pelinka retired this year, both Nationalism and Political Science Department eagerly looked for a professor who can live up to the expectations set by Anton, therefore, Daniel Bochsler was offered the opportunity to join both departments as a joint appointment. Daniel was a post-doctoral researcher at CEU and received his PhD in Political Science from the University of Geneva. His research deals with the effect of political institutions and social diversity, particularly ethnic diversity, mostly in democracies in Central and Eastern Europe, and worldwide. He immediately dived into the life of the department and has been promoting CEU at two recruitment trips, in Kyiv and Sarajevo.

We imagine that you might be interested in the group of students following your footsteps, studying political science. As student ambassadors, six of them created encouraging videos conveying their proud message about their path at CEU.

We are proud to announce that this year the Danube Award (Danubius Award) was awarded to Béla Greskovits. The award goes to people who have done outstanding scientific research in the context of the Danube Region. You can read his acceptance speech here.

On the 24th  WAML Annual Congress held on September 2-6, 2018 in Tel Aviv, Israel Judit Sándor was elected as a Governor of the World Association of Medical Law.

Furthermore, many of the faculty members published the results of their research in various platforms. Levi Littvay is one of the minds behind the trending “How Populist are You?” page published in Guardian. The team of scholars have designed a questionnaire that allows one to know her populist traits. Levi was surprised to see such a gender difference, which he described as “a small but certainly meaningful difference”.

Nenad Dimitrijevic’s new publication “Democracy disembedded” appeared in Philosophy & Social Criticism. As the paper states, “[d]emocracy is in serious difficulties. Three features of the crisis stand out. First is the dominant culture of disillusionment in democracy, which transpires as the mistrust in constitutionalist institutions and values. Second, political authority, both at domestic and international levels, is largely substituted by the rule of non-transparent and unpredictable social powers. Third, democratic states are deprived of much of their capacity to govern, but they retain a non-negligible capacity to coerce.”

If you are interested neurointerventions in criminal justice, we recommend you to read Andres Moles' co-authored chapter “Neurointerventions, Morality and Children” in the book Treatment for Crime published in November, 2018.

Last but not least, Zsolt Enyedi, also Pro-Rector for Hungarian Affairs, who indefatigable represents CEU during this difficult time, published the article “Democratic Backsliding and Academic Freedom in Hungary” in Perspectives on Politics, which is definitely worth reading.

Finally, we remain thankful for - and continue to rely on - your help in attracting the next generation of talented PolSci students. The application deadline for our MA or PhD programs is 31 January, 2019. If you know someone who might be interested in studying Political Science at Central European University, please recommend them to visit our webpage.

Thank you very much for everything – and, please, do not forget: we always love to hear from you and we’ll be delighted to promote your academic activities, achievements, publications and projects on our social media platforms (Facebook, Twitter, LinkedIn and Instagram), if you can forward these to polsci@ceu.edu. 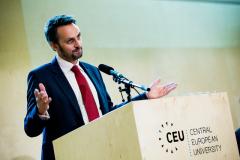 As a tradition, we would like you to ‘meet’ again one of your faculty members – this time Carsten Schneider sends you his personal message.

Some might still recognize me on this picture. Since 2004, with occasional interruptions due to sabbatical leaves, I am teaching at your Political Science Department. My courses are still located in Comparative Politics and in Methodology. As some of those courses are mandatory, many of you will have had no choice but cope with me and my difficult-to-read handwriting on the white board. Not even CEU’s new and fancy smart boards have been able to fix this legibility problem. It is nevertheless a joy to teach in CEU’s stunning new facilities.

How long will we be able to be in this marvelous new building right in the middle of beautiful Budapest? As I am writing these lines, nobody except perhaps the Hungarian prime minister, can tell for sure. The hopes for a continued and unconditional presence in CEU’s home town are dwindling. Even the biggest optimists are admitting that the list of intentionally harmful measures taken by the current Hungarian government are simply too long to be ignored or to be interpreted as honest and well-intended attempts at improving higher education in Hungary. Despite the continued support we receive from many sides – including from you as alumni – the environment for us in Hungary is increasingly hostile and intolerable. And not only for CEU. Other educational institutions are under pressure as well. From the beginning CEU’s fight for its own rights has been cast as a fight for academic freedom for everyone. It is both with sadness and astonishment that I register how fast and blatantly obvious this statement has become true - visible for everyone who is not blinded by government propaganda.

I am fully convinced that CEU will continue to exist. We at our department, and CEU in general, owe this to you as our alumni. CEU will change, though. It will create an existence in a different city: Vienna. It will be a university with undergraduate programs. And it will be a university that has gone through attacks that only few universities world-wide have been exposed to and that even fewer have survived. CEU will be different in the future. We hope it will be even better. This is what we are working towards and this is where we continue to rely on your support. Even if some of the painful decisions that CEU will unavoidably have to take in the upcoming months and years are not exactly what you expected your alma mater to do, please do not let this hamper your loyalty to us. Keep in touch with us and send us bright and interested young people whom you think would profit from studying at CEU and at our department.

I think our Department of Political Science is as well prepared as one can be for the challenges to come. We continue to attract very good students; our standing in global ranking continues to be very good and among the best at CEU; we are able to hire faculty from prestigious places; our placement record both for MA and PhD students is very good; and our students are very active both in academic and in societal terms. Just now, in the middle of tensions about the future of CEU in Hungary, many of our students were among the driving forces behind the organization of innovative protests for academic freedom. I feel tremendously proud and honored to work with such bright and dedicated young people – just like I remember you when you studied Political Science at CEU.”