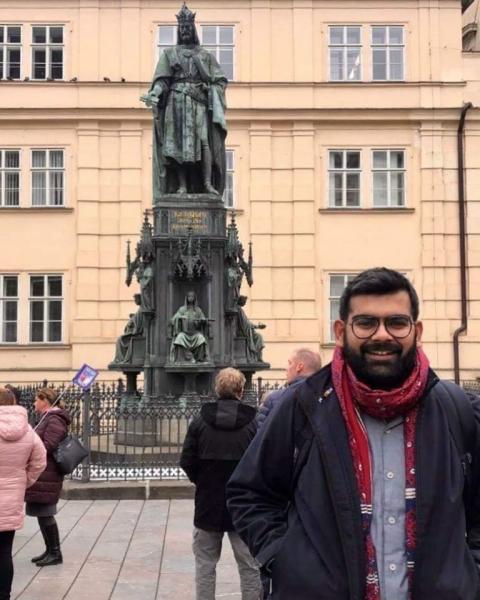 Before coming to CEU, Aizaz was involved in research projects on the 1947 partition of India with Harvard South Asian Institute (HSAI) and on patronage politics within political parties in Pakistan. These engagements have been shaped by his political science undergraduate training at Lahore University of Management Sciences (LUMS) where he wrote about nationalism and ethnic conflict management for his thesis.

Now doing the one-year MA program in political science at the Department, he intends to specialize in comparative politics and take advantage of the wide-ranging opportunities, networks and resources at CEU to write about ethno-federalism and terrorism for his final research project. Apart from this, Aizaz also actively participates as an Executive Board Member of the Student Union at CEU. 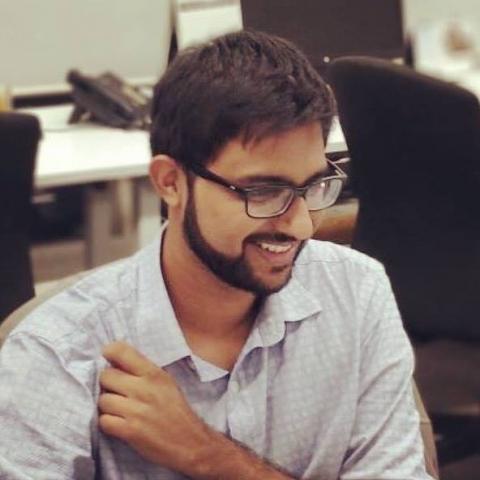 Nilesh, who is doing his two-year MA in Political Science degree at the Department, shares his experiences before coming to CEU and what he intends to do for the rest of his stay in Budapest and Vienna: "I came to CEU after eight years as a journalist in India. My experiences working on multiple elections and policy-making processes gave me a first-hand understanding of the importance of politics in how we progress as a society. However, I also increasingly felt that we in the media were struggling to assert ourselves as a fourth pillar of democracy in the face of rapid changes across politics and communication. One step on the road to reinvention is gaining a more nuanced understanding of the inner workings of politics, which is what attracted me to CEU.

The courses pertaining to my main interests such as voting behaviour and electoral systems have added a new dimension to my professional experience. Outside the classroom, interacting with an incredibly diverse group of students has given me a fresh perspective on how I see the world. On completing my degree at CEU, I intend to return to the newsroom equipped with new tools to make well-reasoned judgements that responsibly inform the public and create a meaningful impact." 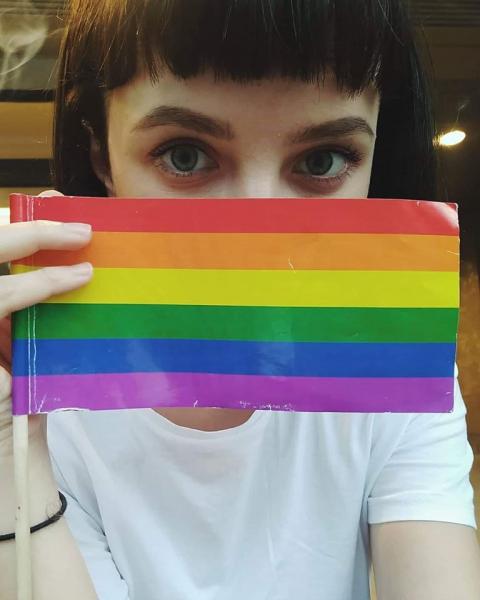 Back in her home country, Ieva majored in Economics and Politics, where she got interested in the interaction between the two disciplines. That is precisely why she chose to do her MA in Political Science at CEU, knowing that here she has the possibility to receive a certificate for Political Economy. Within the boundaries of the field, she is mostly interested in the welfare state policies with regards to both migration and gender inequalities. This interest has been heavily influenced by her trips in Latin America, Asia and Europe through backpacking, which is her biggest passion outside of the academe.

Ieva is also highly interested in statistical methods and both its potential and limitations in the social sciences. After CEU, Ieva is planning to pursue a career in either research and public policy analysis or non-governmental institutions, i.e. Transparency International where she was interning in. She also considers coming back to academia to study PhD after a while. 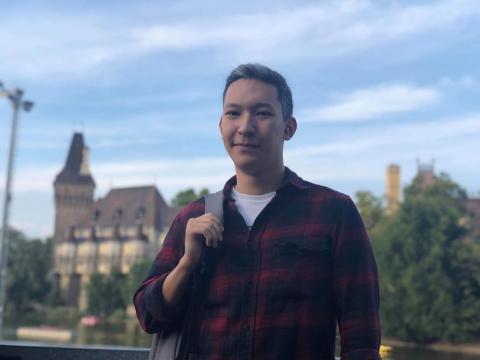 Dauren has always been interested in studying sociological phenomena that might have an impact on politics since his studies at Nazarbayev University. One of his main research interests is about public self-immolations with the purpose of political protest. He recalls 2015, when a young man set himself on fire in Kazakhstan as a protest against the unlawful actions of the local policemen. Reflecting on this later, Dauren realized that despite that this incident gained a widespread attention in social media, this has not resulted in social movement or any further serious collective action, as it had been in the case of Mohamed Bouazizi, the man whose self-immolation was one of the major, if not the most significant, triggers of Arab Spring.

Researching on the details of other similar cases inspired Dauren to seek for the causes of why in some countries self-immolations are followed by the major political movements that achieve desirable political changes, while in others they are not. This motivates him to specialize in political communication at CEU and focus on this topic for his thesis next year, probing the traditional media coverage effect on public self-immolation, how it might contribute to social movements gaining momentum in their protests, and how such suicides can be prevented through other alternative means of political communication.

As he is still in his first year of the two-year MA Political Science program, he plans to take advantage of time, resources and the environment at CEU to investigate how governments should react to grievances of its citizens, or how some social movements aiming at a major political change might be initialized without such tragic outcome as a trigger.
----
Dauren is one of the Political Science ambassadors at CEU. Prospective students can contact him at koptleuov_dauren@student.ceu.edu 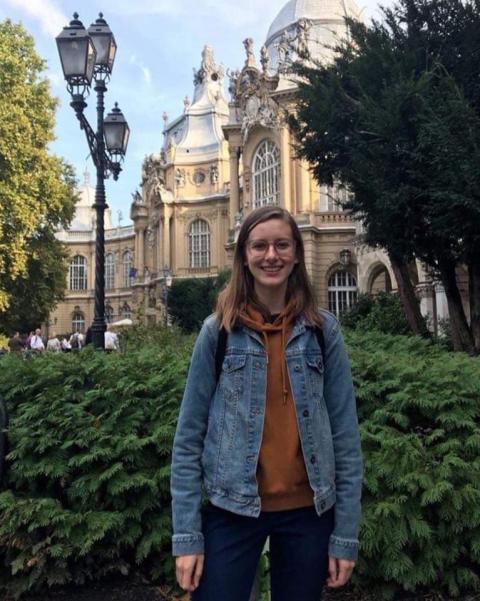 Catherine focused on how ideas and national narratives/collective memory influence behavior in International Relations during her studies at Goucher College in Baltimore, Maryland. With this, she became interested in Central and Eastern Europe during her study abroad in Prague, which exposed her to the post-communist space and their unique histories and transition trajectories. Particularly, courses about European history and politics as well as Czech films made her better understand different ways that the communist experience shaped people’s thinking about current politics from this side of the world. This eventually led her to CEU as she aims to deepen these interests.

At CEU, she plans to explore how higher education/intellectual institutions are positioned in populist discourses and employ the methodological tools of qualitative and quantitative text analysis through the help of the Department of Political Science. On top of this, she hopes to finish the Advanced Certificate in Political Thought offered by different departments at CEU, including our very own, and eventually pursue a PhD with her rigorous CEU academic training in mind. 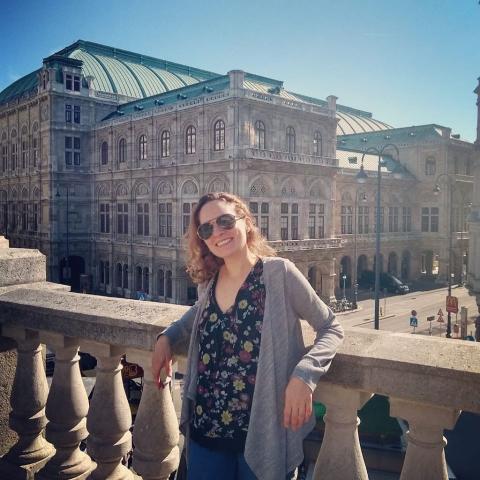 During her studies in law at the Pontifical Catholic University of São Paulo, Giovanna realized how important the ideas of justice and equality are for society. This urged her to work in the public policy sector of the Brazilian government, pursuing what the law should ensure people towards better lives: not just the provision of rights but also good services and efficient public policies. She has since worked with people in situation of vulnerability and broadened her knowledge in public management before coming to CEU. Now, she’s doing the one-year MA in Political Science program, aiming to widen and deepen her understanding of justice, policies and the political system and how she can help her country once she goes back. 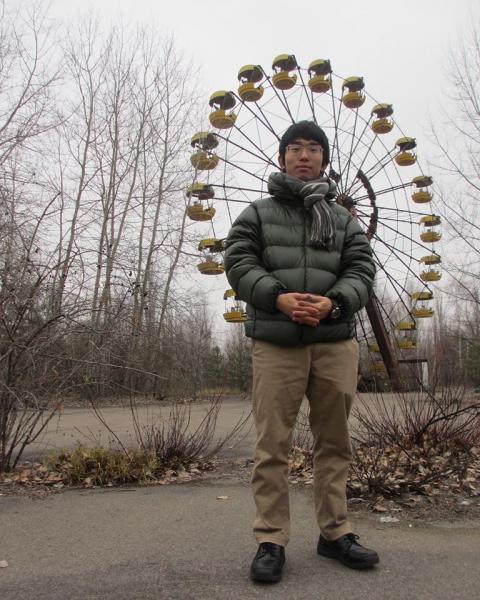 During a Meiji University trip to Ukraine and Belarus for research on Chernobyl, Yusuke first became interested in corruption studies. After speaking with researchers and locals there, he noticed systemic corruption in the area’s governance exacerbating negative impressions on people’s trust to the government. This led him to do his first MA in Corruption and Governance at the University of Sussex in the UK last year, utilizing of his experience in writing his dissertation on why anti-corruption reforms in Kenya so often fail.

He says that his prior academic exposure at Sciences Po in Lyon, France and the University of California at Berkeley in the US also helped him develop a more critical understanding of African political history, rentier states and corruption in an interdisciplinary perspective. Before joining CEU, his research on corruption enabled him to engage with locals in his own country, Japan, through partaking in community discussions on people’s perception of politicians’ corruption. Now, as part of the first batch of CEU students in Vienna, he aims to take advantage of the one-year MA in Political Science program to deepen his specialization on corruption studies and considers investigating the success or failure of anti-corruption strategies in Central and Eastern Europe. 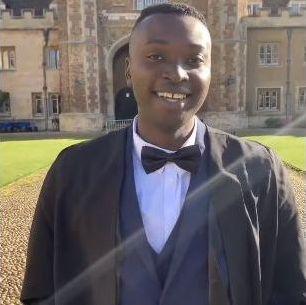