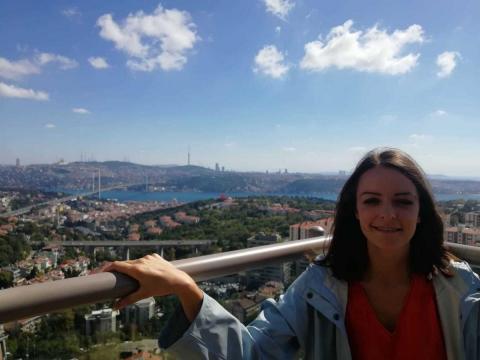 "Few years in my life so far were as intense, challenging, and rewarding as the year I spent at CEU. The academic excellence combined with a great variety of classes was truly impressive. The knowledge I got proved to be useful years later and helped me substantially in my work.

As important as the knowledge I got were the intellectually stimulating atmosphere coupled with highly demanding environment. Years later, after graduating CEU, I strive to place high standards on what I am doing in every aspect of my life, as once the professors demanded from us in classes.

But apart from that, CEU offers much more. It places you in a parallel world, a world of intellectual curiosities where professors are genuinely interested in your opinion, a world of debates on human rights and political philosophy in and outside the classroom, a world where you are encouraged to think critically, ask questions and not accept anything at face-value. After leaving CEU you feel something resembling a cultural shock since the surrounding world may not be the same. But the only way to counteract the injustices in this world is to experience another one."