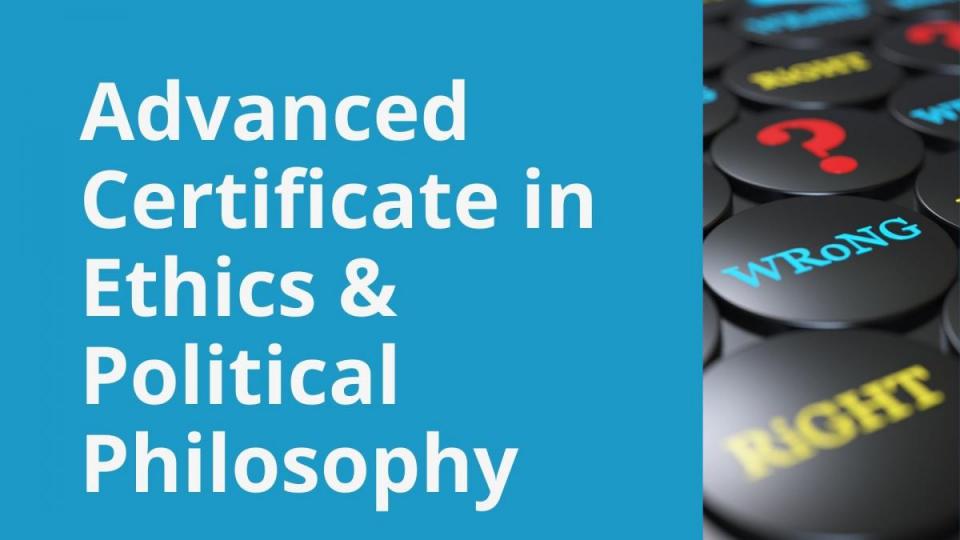 The Advanced Certificate in Ethics and Political Philosophy, jointly offered by the Department of Philosophy and the Department of Political Science, engages with the central problems in moral and political philosophy as they are generally understood and studied in contemporary philosophical works. It offers students a state-of-the art education in these subfields of philosophy, familiarizing them with the major theoretical approaches to these problems, enabling them to understand and engage with philosophical arguments on their own.

The Advanced Certificate in Ethics and Political Philosophy consists of courses that explore the philosophical foundations of our moral, social and political practices and institutions. Moral and political philosophy seeks to establish the normative ideals that may be invoked to evaluate our existing practices, and to develop an account of the institutional structures that best approximate the ideals of liberal democracy and open society. The process of engaging with arguments for and against these ideals fosters critical thinking, a crucial component of an open society.

Please fill in this online form if you intend to complete the Advanced Certificate in Ethics and Political Philosophy.

The certificate is open to students from other departments as well, subject to approval from their Head of Department, on a case-by-case basis.