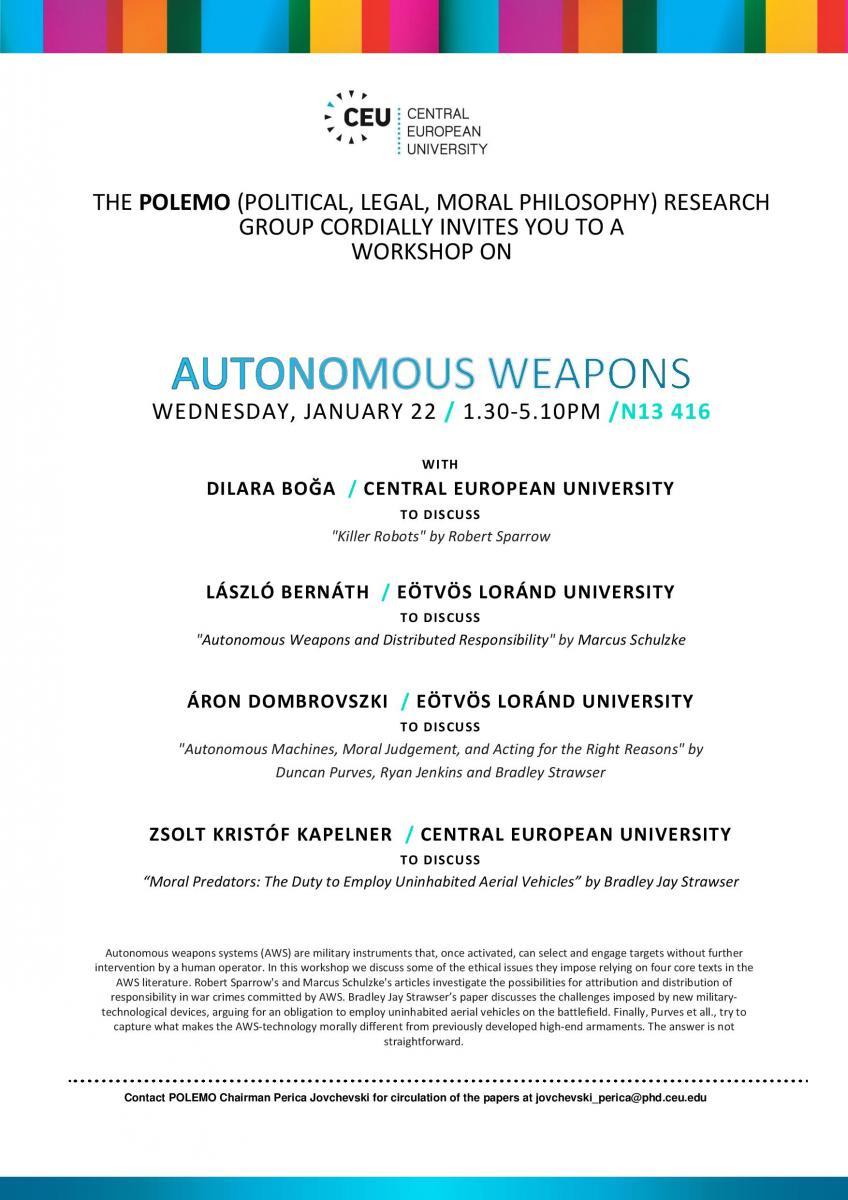 Autonomous weapons systems (AWS) are military instruments that, once activated, can select and engage targets without further intervention by a human operator. In this workshop we discuss some of the ethical issues they impose, relying on four core texts in the AWS literature.

Each of the participants will give a 15 minute presentation on core papers in the literature on autonmous weapons which will be followed by a 35 minutes discussion. The papers to be discussed are the following:
- "Killer Robots" by Robert Sparrow
- "Autonomous Weapons and Distributed Responsibility" by Marcus Schulzke
- "Autonomous Machines, Moral Judgement, and Acting for the Right Reasons" by
Duncan Purves, Ryan Jenkins and Bradley Strawser
- “Moral Predators: The Duty to Employ Uninhabited Aerial Vehicles” by Bradley Jay Strawser

Robert Sparrow's and Marcus Schulzke's articles investigate the possibilities for attribution and distribution of responsibility in war crimes committed by AWS. Bradley Jay Strawser’s paper discusses the challenges imposed by new military-technological devices, arguing for an obligation to employ uninhabited aerial vehicles on the battlefield. Finally, Purves et all., try to capture what makes the AWS-technology morally different from previously developed high-end armaments. The answer is not straightforward.

In case you intend to attend the workshop but do not have access to the papers please send a mail at jovchevski_perica@phd.ceu.edu .